We were delighted to be able to convert the First of our gull wing piaggio’s for the guys a JFC.

Caffe Carino is a cute quirky piaggio ape coffee van that looks like a bird in flight, and Our new gull wing model offers twice as much space as an ordinary Piaggio.

Did we want to look like we have dropped a square box on the back – NO, We didn’t want to take anything away from how cool the piaggio looked. We didn’t want it to like like a burger trailer box so we set about manufacturing our super new gull wing.

Not only is it still as cute and quirky as ever with double the space – it also has a super new fitted fridge which can hold up to 30 ltrs.

All this in something so small really ? Yes really – do it the Coffee Latino way. 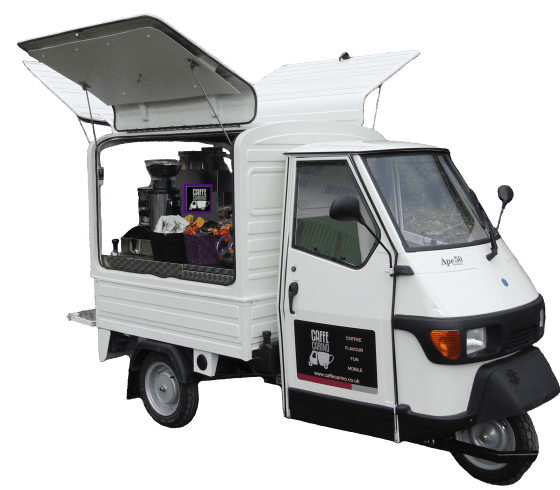 Site Designed and Developed by Mediaworks